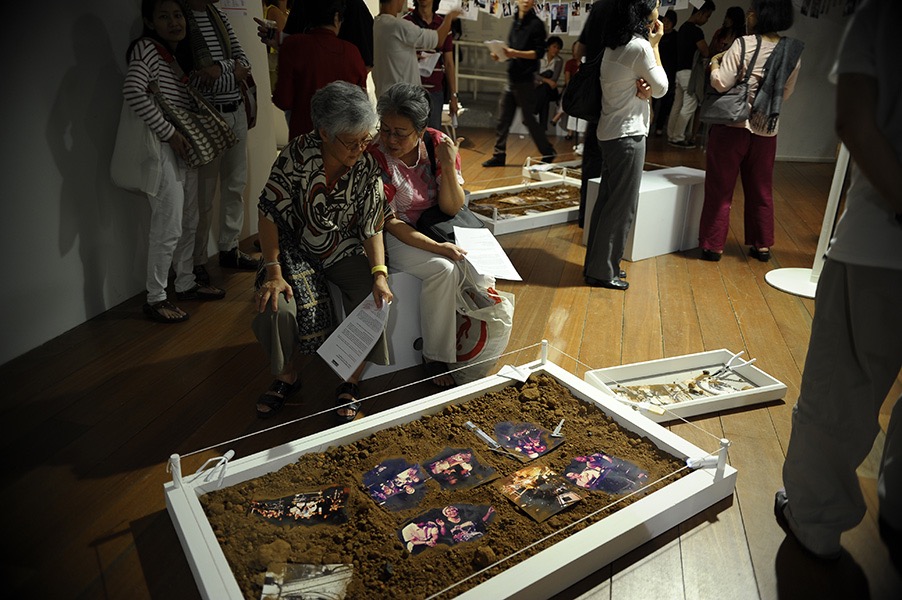 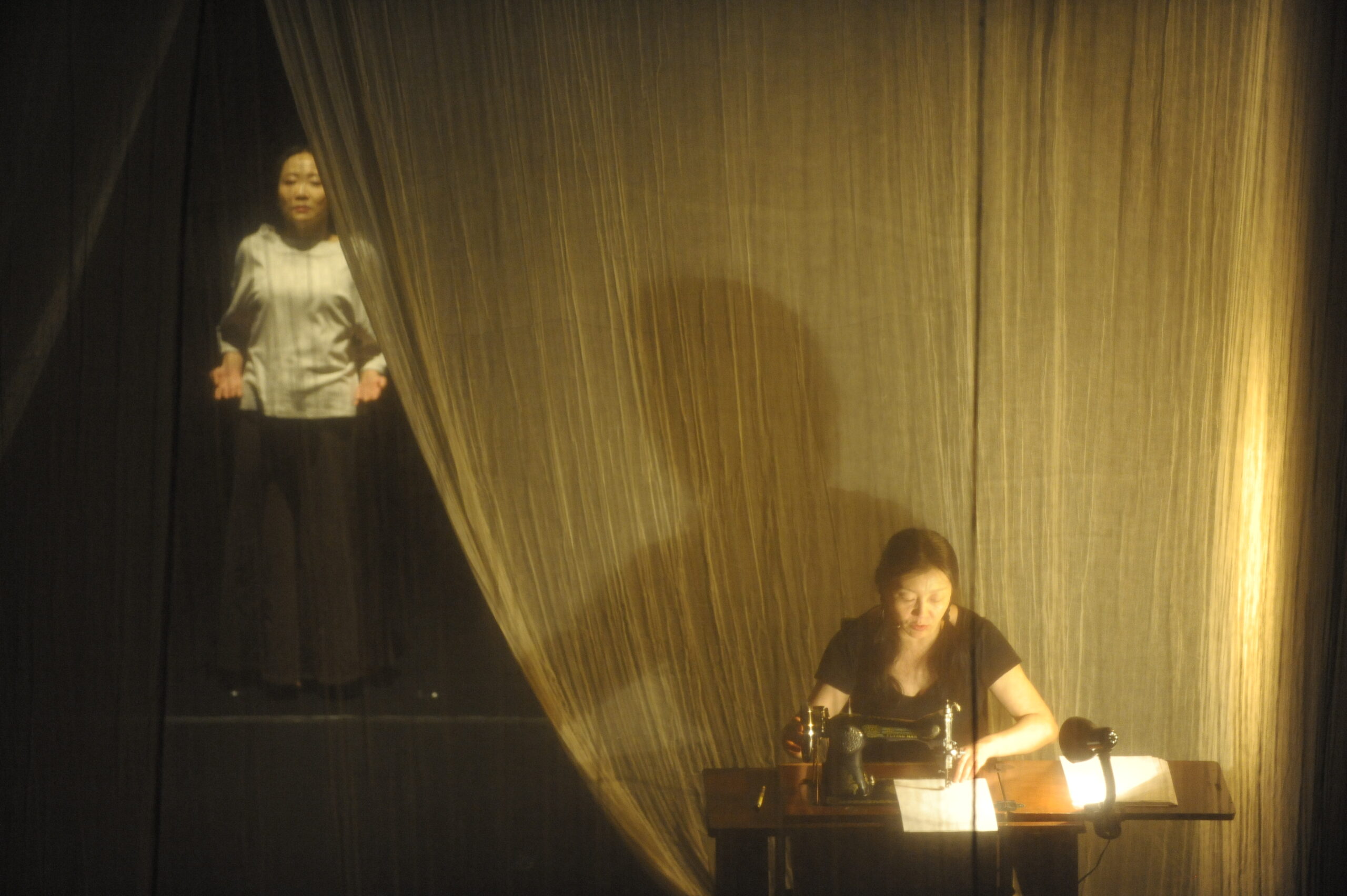 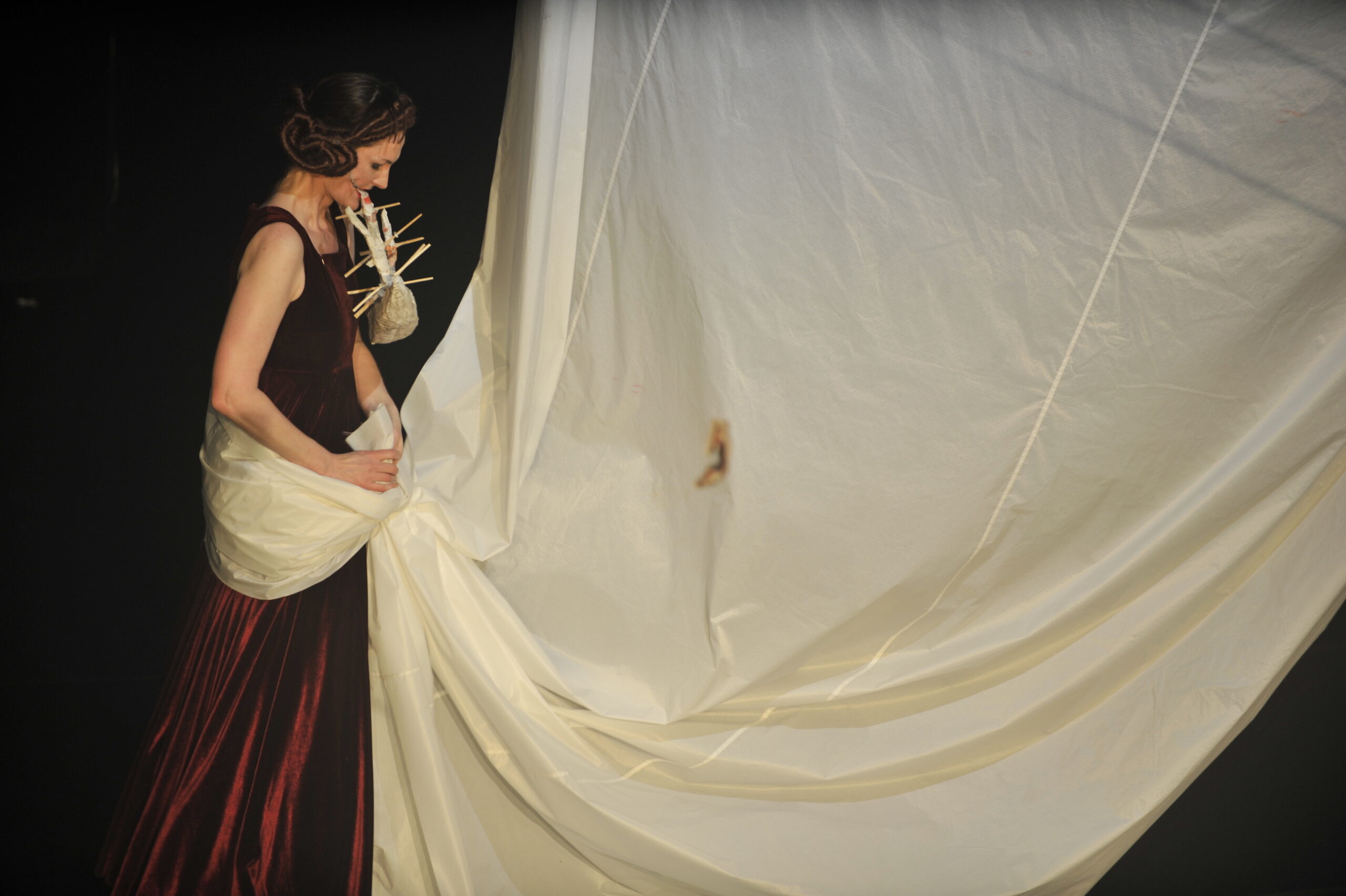 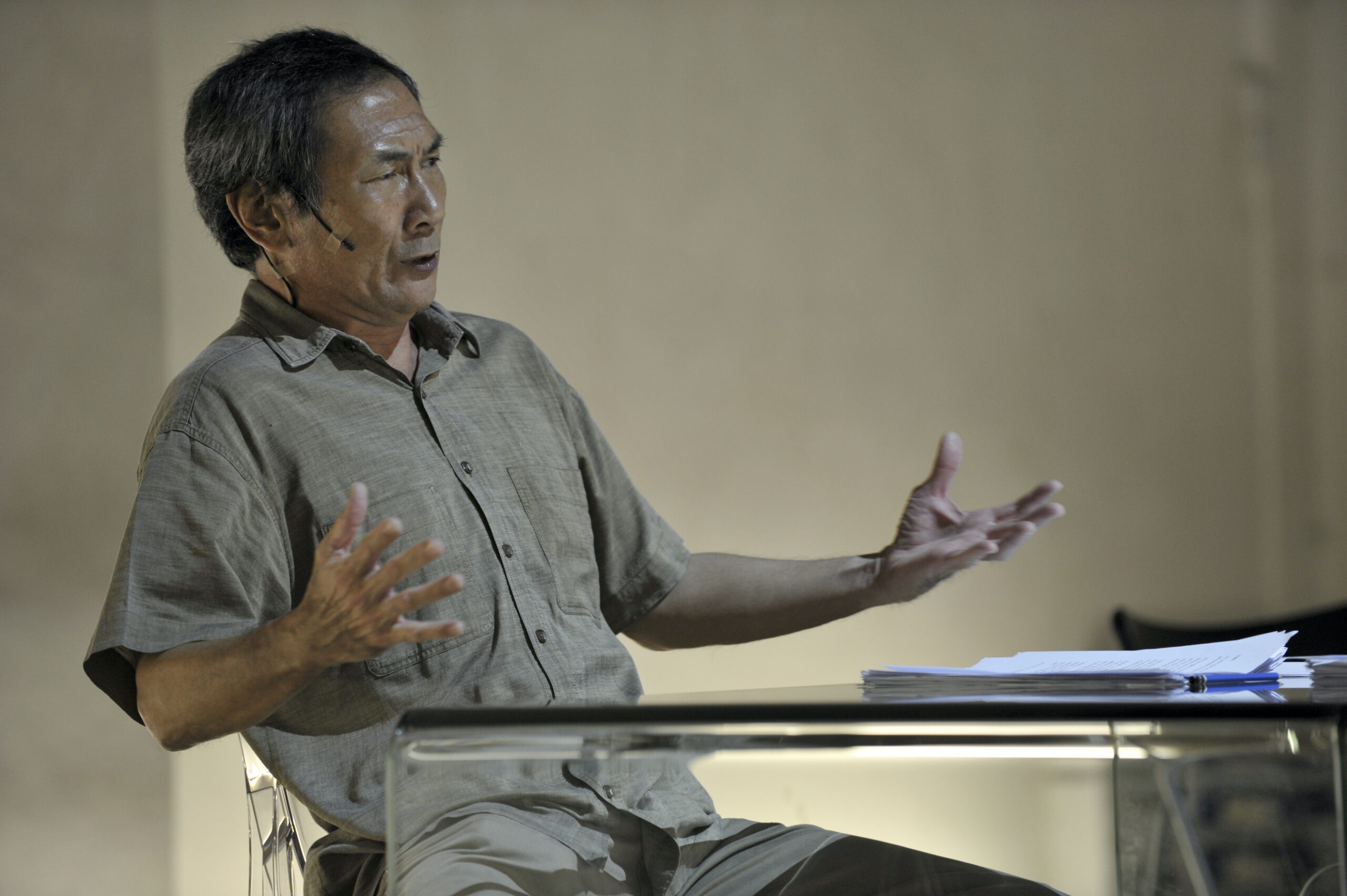 Evolution is at the heart of TheatreWorks, one of Singapore’s longest running theatre companies. For its landmark 25th year, it celebrates the ties that have shaped its journey so far in the Friends’ Season – Tenderness For The Future. Since 1985, 2,500 friends have collaborated with TheatreWorks in the fields of production, technical, design and performance. This startling discovery prompted the idea of this season. What’s left after art, hard work, blood, sweat and tears? Friends and Tenderness.

Opening Exhibition
For its landmark 25th year, TheatreWorks gives its new and long-time audiences an opportunity to encounter some of its landmark productions in the Opening Exhibition, including filmed footage of iconic works such as 3 Children (1988), Lao Jiu (1993) and Geisha (2006). TheatreWorks has entertained Singapore (Private Parts 1992), has negotiated local censorship boundaries (The Lady of Soul and Her Ultimate ‘S’ Machine 1993), and has challenged accepted social mores (Mergers and Accusations 1993). The company ambivalently provided a mirror to Singaporeans about castration (Descendants of the Eunuch Admiral 1995) and their attitude towards Indian foreign workers (Workhorse Afloat 1997).

The company has pioneered new sites of performance, such as the Suntec City Fountain (audiences wore raincoats to brave the floods of water in Destinies of Flowers in the Mirror 1997), a Chinatown shophouse (The Yang Family 1996) and an underground bunker used by the besieged British forces in World War II (Longing 1994). Fort Canning Park has never looked back since Broken Birds (1995), a documentary performance about the Japanese ladies of the night (karayuki-sans) in Singapore. TheatreWorks is probably the most widely studied Singapore theatre company in international universities through its transcultural Asian productions. Productions such as Lear (1997) are still actively discussed, critiqued and emulated.

Emphasis has also been put into the productions that Singapore audiences have never seen before from the home-grown company that put Singapore on the international art map in diverse performance festivals, from New York City to Paris to Istanbul, with material such as the company’s helming of the In-Transit Festival created by Ong Keng Sen in Berlin in 2002 and 2003; Search: Hamlet (2003) created site-specifically for the famous Kronburg castle, the ‘original’ Hamlet castle in Denmark; and Vivien and the Shadows (2008) about acts of copying – in this case, copying Vivien Leigh in the film “The Streetcar Named Desire”.

TheatreWorks was the first company to collaborate extensively with Asian artists from 1991. It started the Asian contemporary wave, which revolutionised the presentation of international Asian works in Singapore, creating ‘new Asia’ as a brand. A video installation traces the artistic evolution of this pioneering company to its present position as an incubator and platform for transdisciplinary artists who negotiate artistic borders. The opening exhibition draws primarily from the 1990s due to the lack of adequate video documentation from the 1980s, and the fact that the last ten years are still in recent memory. Rather than nostalgia, Ong talks about the necessity of cultivating a sense of history regarding the company’s artistic journey in the last 25 years. There is a sense of urgency, not so much to preserve, but to pave the way for future generations of artists.

Photo Exhibition
Relook, reimagine and rediscover these threads of memories spun in a photography installation showcasing landmarks from TheatreWorks over the last 25 years. For three consecutive weeks, there is a core of different productions exhibited. Each of them marks a significant moment in the theatrical history of one of Singapore’s longest-running theatre companies.

In the first week, seven iconic representations will be portrayed in “A New Order”, where one only recognises shades of these familiar and much-loved works. Be it through collages or digitally manipulated multiples of selves, “A New Order” stages creative portraits of these past productions, evoking emotions and stirring the imagination.

Come the second week, the installation enters a “Time Capsule”. Seven life-sized pods contain the seeds of visionary projects, whose time belongs in the future. These bold, boundary-pushing works are chosen for their influence on what can become art. Glimpse the future of art in the painted faces of actors; these are the stages of a past time to come.

For the third week, 72-13 will be transformed into an archaeological site, “Excavation”, where visitors roam seven excavation areas to rediscover photographs belonging to past productions. Between the sites, there are visual insights behind the scenes. These hidden gems expose, process and record, and celebrate the beauty of the residue.

Memory
A giant mosquito net hangs above the stage. A shroud for remembering. A 1960s pedal-operated sewing machine. An attempt to string together individual memories to patchwork a piece of history. Three artists – a choreographer, a dancer, and a documentary filmmaker – come together to remember the rise of modern China from the 1960s to the Cultural Revolution. Negotiating time, memory and subjective realities, the three artists embrace and confront the act of remembering. Memory reflects TheatreWorks’ interest in the deep engagement artists keep with history, performance and cultural memory.

Miss Very Wagner
A Swedish performance artist. A dead German composer. An explosive collision between opera and performance art. In an extravagant one-woman show, Charlotte Engelkes takes on the heroines from the operas of Richard Wagner. A playful experiment with monumental myths, she investigates love, war, heaven and earth in a humorous collage of song, text and dance. This transdisciplinary work reflects the creative dexterity, epic individuality and fiery independence of contemporary performance which TheatreWorks values.

The Red Ballerina
She is a dancer, a lover and a fighter – a lynchpin of dance education in Singapore, an esteemed choreographer, the wife of late theatre doyen Kuo Pao Kun. Director Ong Keng Sen creates a performance portrait of dance pioneer and living icon Madam Goh Lay Kuan in this documentary performance.

Ong studied at the Practice Performing Arts School, which was started by Madam Goh and Kuo in 1985. Thereafter, he collaborated consistently with Kuo until 2001. Acclaimed for his distinct documentary theatre, The Red Ballerina is Ong’s first foray in staging a portraiture of someone from his own culture and artistic history. 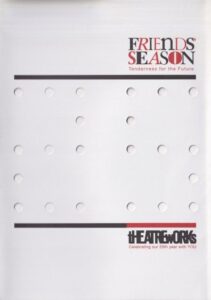 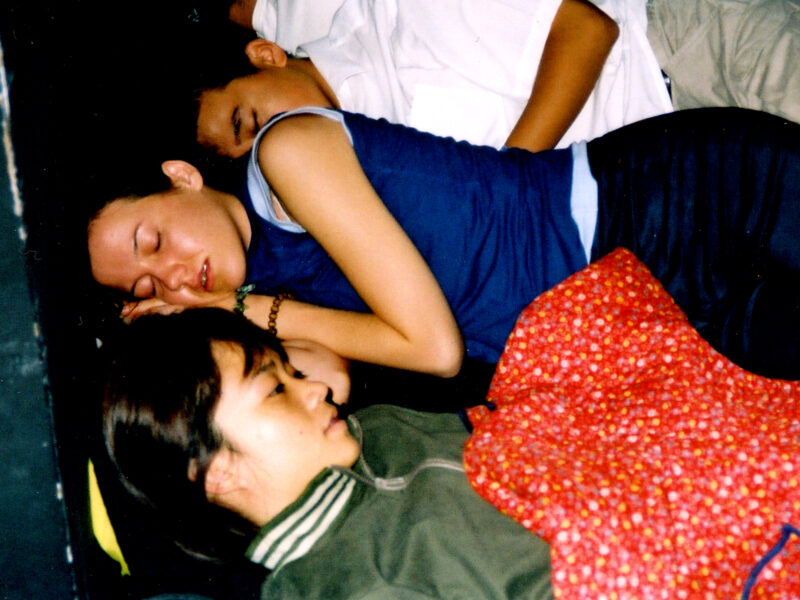 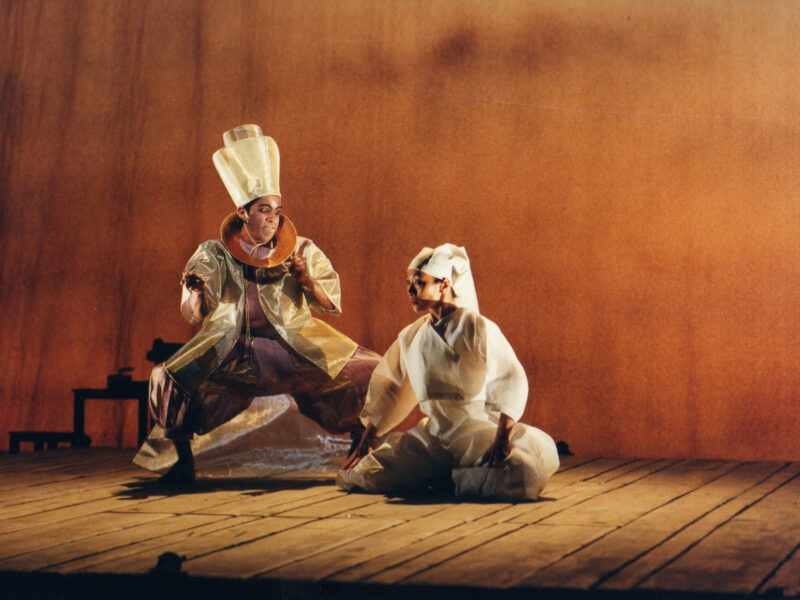 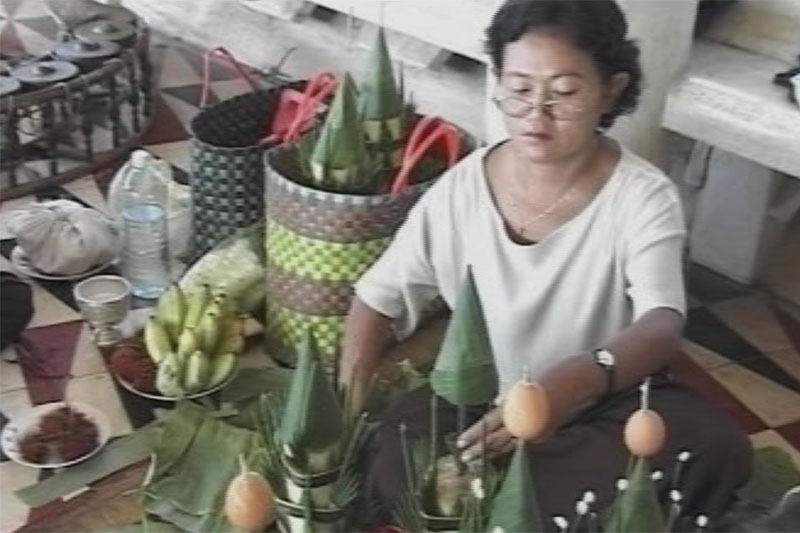 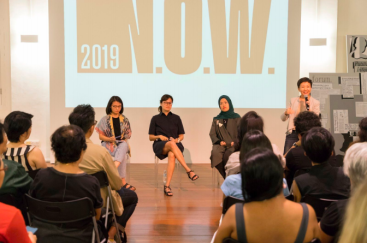 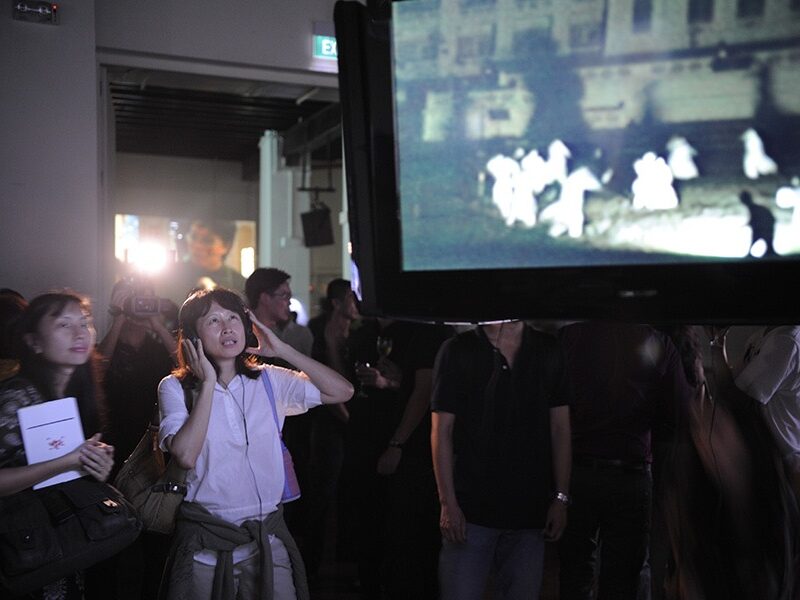